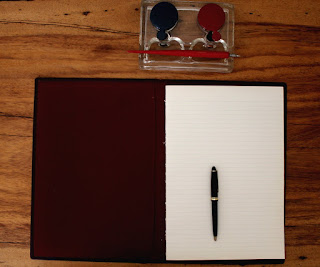 "The literary prize-giving gathering at the S.P.N. headquarters on 21 February 1935, just three days before the meeting of the 'nationalist intellectuals', was another date that marked the 'Politica do Espirito'. It must have also left a strong impression on Pessoa and made him think about what was happening in Portugal. Pessoa did not attend the party to receive his award for Mensagem. The reason for this is not known, but it is difficult to believe that Pessoa would have dared to show himself in a ceremony presided over by the head of government just two weeks after he had defended Freemasonry and the subsequent scandal. He would certainly have been out of place in the group photograph taken at the end of the ceremony with Salazar, Antonio Ferro, some military men, ministers and other prize-winners.

Two moments marked this Festa do Espirito, as Ferro called it and which he said had been organized with the aim of 'declarar guerra publicamente aos déspotas da liberdade de pensamento, aos intelectuais livres [...], envenenadores do mundo!' ['publicly declaring war on the tyranny of freedom of thought, on free intellectuals [...], who poison the world!'] (61) First, Ferro gave an address in which he spoke of his concept of 'Politica do Espirito' and praised Salazar for being 'o renovador da nossa alma [...] e um dos maiores escritores portugueses da nossa lingua em todos os tempos' ['the renovator of our soul [...] and one of the greatest Portuguese writers of our language of all time']. In a ranting address filled with erudite citations, Ferro defined his policy as 'o combate contra tudo o que suja o espirito' ['the fight against all things that sully the spirit'] and a preparation for the 'atmosfera espiritual em que essas obras nao sejam possiveis ou que se perca naturalmente o apetite da sua criação' ['spiritual atmosphere in which these things are no longer possible and the inclination to do them is lost as a result']. (62) Then, at the close of the session, Salazar read out a passage from the preface of his forthcoming book of speeches in which he tried to justify for moral and patriotic reasons the setting of 'limitations' and 'directives' ['directrizes'] on 'the mental activities and products of the intelligence and sensibilities of the Portuguese people':
'Os princípios morais e patrióticos que estão na base deste movimento reformador impõem a actividade mental e as produções da inteligência e sensibilidade dos portugueses certas limitações, e suponho deverem mesmo tracar-lhes algumas directrizes.' (63)
[The moral and patriotic principles that are the basis of this reforming movement impose certain limitations on the mental activity and the intellectual and emotional output of the Portuguese, and I think that they should even lay out for them some directives.]
And in a final argument in favour of censorship and political directives concerning writers and artists, he asked emphatically:

Apparently it was the text that Salazar had read at the literary prize-giving ceremony and in particular his defence of placing 'limitations' and 'directives' on literary and artistic production that had the most decisive effect on Pessoa, in the sense of the shift that can be seen in his writings from the end of February onwards. From a position of critical 'acceptance' and disenchanted 'trust', Pessoa's attitude changed to one of frank opposition to Salazar and scorn for the New State."