February 1935 - Pessoa and the New State 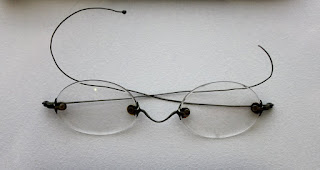 "In February 1935, he watched growing Salazarist authoritarianism reveal its tendency to regiment intellectuals and meddle in literature and artistic production (the 'Politica do Espirito' ['Politics of Spirit'] to which we will return later) and to become a serious threat to the atmosphere of freedom that intelligentsias need to survive. Pessoa's reaction was one of profound displeasure as it went against what he had always believed in. Criticisms and doctrinal objections to the regime, that had previously been more or less contained, began to pour out in nearly everything he wrote in 1935, from political commentary to letters and poems. He was tremendously pessimistic about Portugal in the last months of his life. This state of mind is manifest in the poem Elegia na Sombra (2 June), which some people have called the 'Anti-Mensagem'. Sickness and death (30 November) brought to a sudden end his literary and essay-writing activities, which opposed the regime and had promised to grow more vigorous."